Will The Energizer Bunny Be Unemployed Soon? 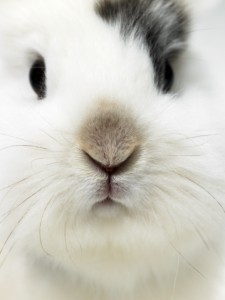 Could Solid State Batteries Be the Answer to Your Low Battery Frustrations?

A battery that lasts a lifetime seems to be the impossible dream, but researchers from Samsung and MIT have developed a new material for use in basic battery components that, according to them, can enable almost infinite power storage capabilities.

The newly developed material is a solid electrolyte that has the potential not only to increase battery life, but also improve the storage capacity and offer heightened safety, as the currently used lithium-ion batteries are the leading cause of battery fires. Solid state batteries alleviate this problem altogether because they pose no fire risk at all.

Components of a Battery

A battery consists of three components, an electrolyte, and two terminals referred to as the anode and the cathode, and today’s most commonly used lithium-ion batteries were developed using a liquid electrolyte which breaks down over time and has been known to cause fires in not only cell phones, but commercial airliners and cars as well.

Previously, solid state batteries weren’t feasible because they were unable to connect the flow of ions between the two terminals quickly enough, but the team of researchers from Samsung and MIT say this is no longer an issue.

The Future of the Battery

Solid state electrolytes are likely going to revolutionize batteries in the very near future, due to their overwhelming advantages. There are many benefits that the newly developed solid state battery offers, as described below, that will make it a highly effective and desired power source.

Just imagine what batteries that last a lifetime could mean for the technologies you depend on, and ultimately, for your company. Contact us at (416) 410-7268 or email us at info@sysoft.ca for more information.