The Ins and Outs of Cybersecurity

Cybersecurity is something many of us are not entirely familiar with. It seems like something we do not need to worry about unless we work in the tech industry, because who ever heard of an individual being targeted on the web? As seemingly unlikely as it may seem there are cyber-attacks issued on individuals every day. This means that not only do large industries such as the banking and healthcare industry need to worry about cyber-attacks, but everyone including the average Joe should be aware of this potential threat. The sad truth is that if you are using the internet you have the potential to be targeted by hackers. 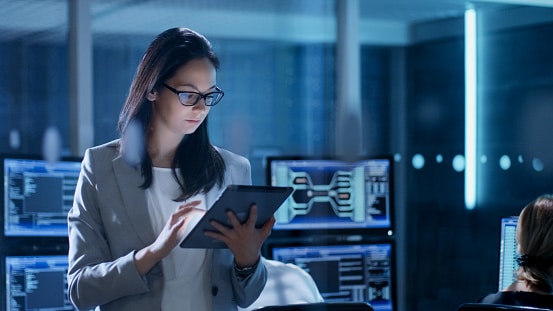 Cybersecurity is essential in ensuring that private or sensitive information does not fall into the wrong hands. This is becoming increasingly difficult as the number of harmful material- such as malware- that is being launched daily has risen to nearly 230,000 samples. It can be difficult for people to determine what is safe and what is not safe on the internet these days with the rising number of hacking attempts. Already cybersecurity crimes are costing $100 billion dollars a year globally. This number is only expected to increase, and an estimated $1 trillion will be spent on cybersecurity between 2017 and 2021.

When hackers and cyber terrorists are making these attempts, there are usually sinister motives behind them. This is usually an attempt to steal information so that they may be able to commit fraud, harassment, or identity theft. If they are successful in their attempts hackers can do more than ruin your day, it could have lasting effects on you and your company.

Who is Affected by Cyber Crimes

Most of us know that large industries such as government, retail, and tech are at elevated risk for cyber-attacks if they do not take the proper precautions. In fact, 95% of breached records came from these three industries in 2016. This makes sense, as these are industries that hold a lot of information and are profitable, making the information they have desirable to hackers. Furthermore, malware has infected 75% of the healthcare industry over the last year. And since 2013 over 300,000 records have been stolen each day. This makes for an average of 44 records being stolen every second. This is confidential information that both companies and individuals work to keep secure. If these records are stolen it not only has an impact on the company but also on the individual. Because of this, it is important to remember that individuals must be aware of their own cybersecurity as well as that of businesses and companies. Small businesses face the threat of cyberattacks as well. 43% of cyber-attacks are aimed at small businesses, and 64% have experienced some form of web-based attack.

It is important for anyone who uses the internet to be aware of their online presence. There is an attempted cyber-attack every 39 seconds and one in three of these attempts will affect Americans. These attempts are not only aimed at large corporations like banks and government industries, but they can also impact individual internet users. Largely the place cyber-attacks are more likely to occur is on individuals using mobile devices. There was a 31.7% increase in mobile device attacks between 2011 and 2012 and with the increasing number of mobile devices the likeliness of an attack only rises. Currently, it is estimated that there are 25 connected devices- including mobile devices such as phones, tablets and the like- per 100 people in the United States. This number is expected to rise to between 50 to 200 billion devices by 2020. It is important for individuals to protect themselves and their devices from attempted cybercrimes.

How the Cybersecurity Industry is Growing and Why

There is an increased demand for cybersecurity that is effective, as in the past it seems as if there has just been numerous attempts at securing companies and individuals online only to have the same headlines about cyber-attacks and their success appear on the news. The cybersecurity industry is growing, and specialists are joining the efforts to prevent cybercrimes every day. With only 38% of individuals claiming that they and their business are prepared in the case of an attempted cyber-attack, it is more important than ever to be aware of cybersecurity measures that can be taken to prevent the loss of valuable information.