There’s some good news for the 1.4 million people of Ontario: The Fair Workplaces, Better Jobs Act, 2017 (Bill 148) was passed into law on November 22, 2017, and took effect on January 1, 2018.  The bill includes better wages and working conditions for workers in Ontario. Lawmakers say that this is the most significant change to workplace standards in several decades. 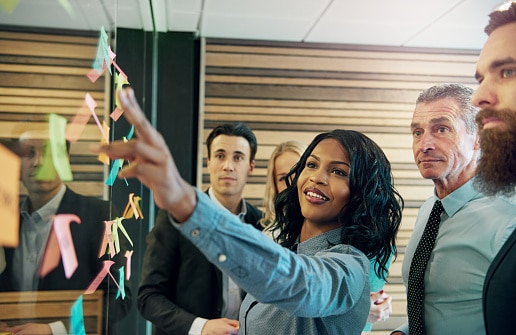 General provisions of the new bill

Exceptions to this rule include situations where wage differences can be attributed to factors such as a merit system or a seniority system. Employees can ask for a review of their pay rate if they believe that discrimination has occurred.

The Bill is a result of years of hard work from workers’ advocacy groups. For some time, these groups have lobbied on behalf of workers, pushing for better government-sponsored leave time and better pay.

Many believe the bill’s successful passage was primarily due to two recent studies performed by McMaster University and United Way. For two years these institutes studied the conditions and pay of Ontario’s thousands of workers. The studies revealed that many workers consider their jobs at risk and feel that their livelihood could be cut off without warning by corporate leaders looking to cut costs.

Because of today’s competitive marketplace, companies sometimes move portions of their organization to foreign countries where cheap labor is abundantly available. Though moves like this can cut a business’s monthly expenditures, they can be unsettling to workers. Worker advocacy groups see this as a big win for Ontario’s workforce. They will now have better job security, along with stronger benefits.

The Canadian labour market has experienced solid growth in recent years, performing well in 2017. The annual unemployment rate fell to its lowest since 2008 to 6.4 percent. An incredible 93 percent of the job gains were for full-time positions. Officials expect these numbers to improve more over the next few years.

The following are some of the most important amendments to the law:

How independent contractors are affected

Other amendments include changes to overtime and public holiday pay rules. These new changes better outline how and when employees get paid. Changes also prohibit an employer from misclassifying employees as “independent contractors.” As an independent contractor, workers cannot receive job protection benefits from the ESA. The changes even affect workers from temp agencies. They are now eligible for additional pay if an assignment is cut short. This change will provide partial compensation to temporary workers who were expecting an assignment to last a certain length of time but was inadvertently cut short.

The Canceled Shifts (3-Hour Rule) requires employers to pay workers for 3 hours of work if the person shows up for work and the shift is canceled. This applies even when the shift is canceled the day before. Under the new labour law, employers must give their employees at least 48 hours’ notice of a shift cancellation. The three hours of pay must be calculated at the regular hourly rate, and if premiums were expected (as with holidays) these must also be paid.

The Right to Refuse Work makes it possible for employees to refuse a shift where they are being called on to work someone’s shift. The employer is not allowed to discipline any employee who refuses to work.  96 hours (4 days) of notice is required.

Employees “on-call” who are not eventually called into work, must be paid for three hours of work at their regular rate. These rates are figured by each 24-hour period that an employee is on-call.

After three months of employment, employees are eligible to request changes to their work location or schedule. Though employers are responsible for discussing the matter with the employee, they are not forced to grant it. However, the employee can ask about the reasons for denial without any fear of reprimand.

This will force employers to maintain separate records regarding the changes listed above. For instance, where employees are scheduled to work a shift that is canceled when the worker gets there. New record-keeping requirements also include events where employees were on call for 24 hours and therefore qualify for the three hours of pay for that day. The ESA may feel the need to document incidents like this in case of lawsuits. Many employers already document changes to work schedules or work locations.

A number of other miscellaneous items were included in the Bill that would require Union Certification for those in construction, those in the home care industry, temporary help agencies and community service industries. A few of these miscellaneous items pertain to actions of employees, employers and the union.

As the new changes, requirements, and stipulations unfold, the Fair Workplaces, Better Jobs Act, 2017 may require some interpretation. Employers are already studying the bill to learn exactly how it will affect their employees. They want to fully comprehend how to properly implement the Bill’s provisions. Employees are encouraged to become familiar with the changes as well.