Network Basics: What Is SNMP and How Does It Work?

If you are a new network professional in the field of Information Technology, SNMP is an acronym you will come across often. Or you may have heard of it at some point during IT training. SNMP means “Simple Network Management Protocol.” It is an application layer protocol integrated with an internet protocol suite to help with the management of online communication protocols. 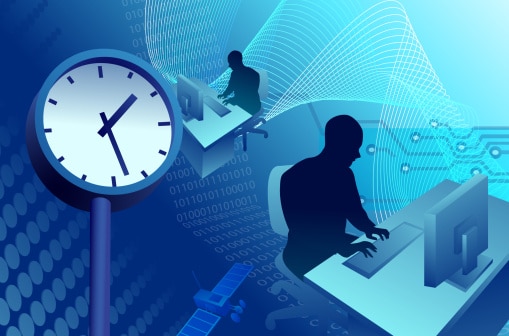 SNMP was first used in the late 80’s, a time when companies were investing heavily in internet networks. SNMP effectively aids the monitoring of network infrastructures such as data stations, printers, servers, hubs, routers, WINS, and host configurations.

Today, it is still one of the most widely used layer protocols for simple networks. Many networking specialists love it because it offers a consistent and reliable way of monitoring many devices on a network simultaneously. It also allows for sharing of information between the components of the network even if the devices run on different operating systems.

Why is SNMP important?

As the name hints, SNMP has a simple architecture which is based on the client’s server technology. Basically, the server is the network manager; it measures different variables and processes data relayed from different devices on the internet network. Client devices on SNMP networks are referred to as “Agents.” The agents are either computing devices or peripheral devices connected directly or indirectly to the network. They include computers, phones, printers, and network switches, among other devices.

Even though the SNMP network protocol is based on a simple architecture, its philosophy of data hierarchy is a little complicated or at least will seem complex if you are not familiar with it. Fortunately, the data hierarchy is easy to understand once you grasp the concept behind it.

The SNMP data hierarchy works on a tree-shaped format whereby the branches at different heights represent data available for managers at different management levels to collect. These branches are referred to as Management Information Bases (MIBs) and every level represent of MIBs embodies a group device or peripheral device components. Each MIB is identified using either a unique number or a string. The numbers and strings work on the same concept as hostnames or IP addresses and can be interchanged.

All the management information bases have one or multiple nodes. These nodes represent the devices or device components on the MIB. The nodes are marked using Object identifiers (or simply OIDs) which are also denoted using either numbers or strings.

Using the numbers and strings, managers can troubleshoot or run a query on an agent and to find out the status of network devices in real time. For instance, if a manager needs to know the status of an interface, he will start by querying the MIB then narrow down to the OID value which represents the operational status of the interface.

Are the OIDs important?

MIBs and OIDs are data hierarchies on SNMP systems. They may seem confusing at first but there are many advantages to them. The most outstanding advantage is that you can pull down the exact information you need without necessarily sending explicit requests to the client device to collect it. This significantly reduces pressure on network resources and ensures that all data pertaining to the status of the network is readily available to managers on request.

The architecture is also easy to understand, flexible and can incorporate many devices at different parts of the network. The simplicity makes it possible to pull up large chunks of data from the devices quickly without jamming the network system. The data is usually available in its simplest form and in real time, which makes decision making easy and fast.

SNMP has undergone numerous developments over the years. With every new version comes more features and functionalities than the previous version. In addition, each version has different network protocols so you have to be keen on a version that will serve your network management needs best.

One remarkable attribute that makes a big difference between the versions is the security feature. Various network systems have different security requirements, so you must find a version that best serves your unique needs. Below is a highlight of the versions:

Simple Network Management Protocol (SNMP) offers easier identification and management of network devices. It makes real-time monitoring of the status of your network accurate and dependable. It also makes the management of online communication protocols possible. SNMP evolves and develops with every new version to deliver better features and functionalities.