With the launch of Windows 10, Microsoft has begun boosting the incentive for Windows 7 and Windows 8.1 users to make the upgrade.

Microsoft recently confirmed that Windows 10 is now a “recommended update” for Windows 7 and Windows 8.1 users. If you haven’t already downloaded Windows 10, and your automatic updates are enabled, your computer may download this operating system upgrade as early as this week. Of course, users who had previously reserved the upgrade will be receiving it first. 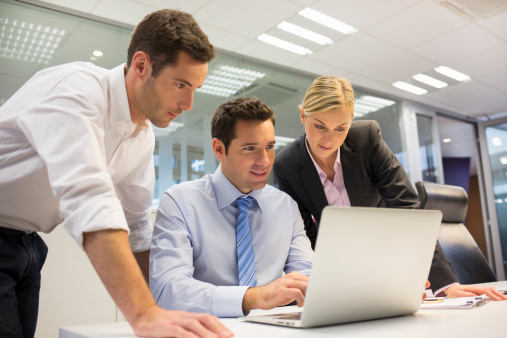 Previous versions of the Windows operating system typically came as an “optional” update.

When the opportunity comes around to upgrade to Windows 10, it’s important to keep in mind that “recommended” updates are often security patches and fixes – they are enabled by default for a reason. Microsoft strongly recommends allowing automatic updates.

That being said, users will still be clearly prompted to choose whether or not they wish to continue with the upgrade before the process begins.

If you’re not ready to make the switch, that’s okay – just make sure you pay attention to that little, obnoxious updates box and read it carefully before clicking yes; because it will be popping up. If you decided to upgrade to Windows 10 and you aren’t really loving it after it’s been installed – that’s okay too. After it’s been installed, you still have 31 days to roll your device back to your previous operating system.

If you haven’t made the switch yet, there is no need to fret. Microsoft made Windows 10 available as a free upgrade to Windows 7 and Windows 8.1 users back in July 2015, but they’ve given you plenty of time to decide.

The goal is to have Windows 10 installed on one billion devices within the next three years.

It may seem like an unrealistic goal, but numbers show that it could be a possibility. As of January 4th, Windows 10 was reported to be active on over 200 million devices. In this same month, Microsoft revealed that Windows 10 was installed on 13.7 per cent of PCs connecting to the internet.

The numbers are as impressive as Windows 10 itself.

Windows 10 is Microsoft’s first launch of the Windows operating system as a “service”; and perhaps the days of upgrading to the latest of version of Windows will cease to exist. For the first time in Microsoft history, we are seeing free OS upgrading towards Windows 10 – not only is it a free update, but a recommended one as well.

There has never been a better time to upgrade! Here at Sysoft, our team of experts can help you leverage this opportunity for success. Call us at (416) 410-7268, or send us an email via info@sysoft.ca to figure out if Windows 10 is right for your business, and what we can do to help.