The Hollywood Presbyterian Medical Center had been hacked by ransomware on February 5th 2016. The attacker seized control of the hospital’s computer systems with encryption and offered back access only when the ransom was paid. 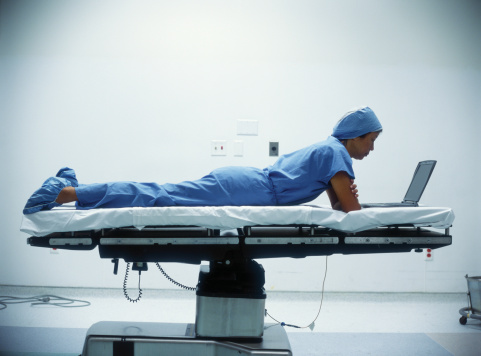 The hacker demanded an astounding $3.7 million worth of bitcoins (9,000 bitcoins) but the hospital was only able to pay $17,000 (40 bitcoins) to regain control of their systems.

The cyberattack turned out to be two weeks long, hindering the ability for staff and doctor’s to communicate through these devices, says Stefanek.

This grand inconvenience forced the hospital to redirect emergency patients to neighboring facilities due to lack of ability to input new patient information and some patients missed their treatments.

It is highly uncommon and unheard of for ransomware attacks against medical institutions. This kind of attack blocks medical records, test results, registrations, and emails that are of importance to keep the hospital fully functional and grant the ability for hospital workers to do their job.

Luckily, according to Stefanek, patient care nor hospital records were compromised and the hospital fully restored access to the electronic medical record system. This might have been a different story if the hospital could not have paid a ransom or if they ran into a deceiving hacker.

The ransomware attack is currently under investigation by the FBI. FBI spokeswoman Laura Eimiller relays that they and the Los Angeles Police Department are working to uncover the hacker(s) responsible for the infiltration but are reluctant to discuss any specifics of the case.

It is of the utmost important to follow the rules and regulations relating to the law when it comes to keeping confidential information safe. Sysoft ensures your confidential information is well protected and hidden from vicious cybercriminals. You can contact (416) 410-7268 or send us an email at info@sysoft.ca to speak with one of our IT specialists.