Should Phones Be Allowed in the Classroom? 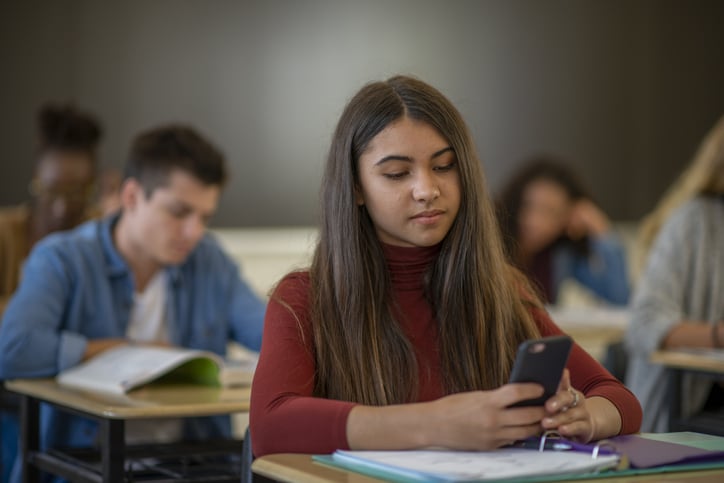 Technology use in classrooms has always been a topic of debate. From the abacus to the calculator to the laptop, devices are an essential boon to learning and the advancement of society. However, there may be a point where the cons outweigh the pros. Ontario has moved to restrict cellphone use in classrooms effective November 4, 2019. But is it the right decision?

The rule applies not only to cellphones but to all personal electronic devices including tablets and laptops, the latter of which have seen classroom use for well over a decade. The ban applies to students and educational staff during class times. Emergency services and people with special needs are exempt from the rule.

Participants in the consultation on education reform reached a nearly unanimous decision in favor of cellphone restriction in classrooms.

Stephen Lecce, Ontario’s Minister of Education, stated that class is where students should focus on studying, not on social media. With the new rule, Lecce aims to minimize distractions from the use of personal mobile devices in class, while retaining the use of approved forms of technology to help students learn and succeed.

While not everyone is on board with the decision, several studies reveal just how distracting mobile devices can be. Cellphone notifications are a major distraction. Though it may only take a second to glance at the screen, constant notifications disrupt focus and make it difficult for students to stay engaged in the lesson. In one observation, a U.S. teacher recorded more than 1,110 mobile alerts in just one class period from text messages, social media alerts, email, and app notifications.

A 2014 poll by the Canadian Imperial Bank of Commerce found that the average Canadian checked their cellphone every 10 minutes. The frequency was nearly double for young adults ages 18 to 24, at nearly once every six minutes.

In addition, a 2013 study by Ohio University and the University of Nebraska examined the effect of cellphone use on academic performance. Students watched a video lecture, took notes, and completed an exam on the information presented. Students who did not use their cellphones took 62 percent more notes, took higher quality notes, recalled more information, and scored 1.5 letter grades higher on a multiple-choice exam than their phone-using peers.

The Future of Technology in the Classroom

There is no doubt that technology is vital to education, and that more interactive and immersive forms of technology should find their way into curriculums. However, experts agree that personal electronics like cellphones do more harm than good. Ontario isn’t the first to restrict cellphone use in class. France implemented its ban in July 2018. The state of Victoria, Australia will implement its ban starting from term one in 2020, aiming to reduce distractions and cyber bullying.

The precedent set by these bans will no doubt influence decisions on classroom cellphone use throughout the world.