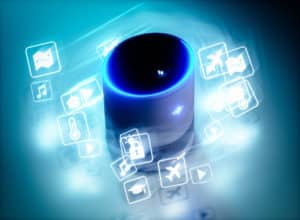 December 5th, 2017 will be an important date in Canadian history. This is the day that Amazon’s Alexa finally made her way north. Alexa is a voice-activated digital assistant developed by Amazon, like Apple’s Siri.

Amazon’s Alexa comes in a variety of devices, such as; the Amazon Echo, the Echo Dot, the Echo Plus, Echo Spot, Echo Show and the Echo Look. There are also several third-party developers offering Alexa as well, including ecobee, Sonos and several smartphone developers. Companies such as Pizza Hut, Starbucks, CTV, and Global News have all designed apps for Alexa with more purchasable from Amazon.

Some see Alexa coming to Canada as a boon to the economy. Until now there has been Google Home and Siri, but they lack Alexa’s extensive support of the internet of things, connecting all your devices seamlessly and quickly.

Alexa has more than 15,000 “Skills” which are like apps on your smartphone. Simply saying, “Alexa, enable Starbucks.” And Alexa activates the app. Then you just must tell her what you want to do in the app and she does it. The launch of Alexa could also mean the opportunity for more homegrown IT companies to pop up in Canada.

Google Home has already come to Canada and the Apple HomePod speaker’s launch into Canada has been delayed until sometime in 2018. It wasn’t hard to imagine Amazon making this move now before they were shut out. But with the Google HomePod delayed into 2018, will this allow Amazon and Alexa to get a foothold in Canada before Google even gets its best foot forward? Only time will tell.